As you probably know I love to spend time in Richmond Park and my love of the big Red Deer Stags. So today it was a pleasure to spend a morning photographing a project Elm Tree Walk in Richmond Park . The Friends of Richmond Park and The Royal Parks had been working together to plant over 40 Elm Trees. These would form an avenue either side of the path from Petersham Gate.

Once a mainstay of the English landscape for centuries, Elm trees have now largely disappeared. There have been no mature Elms in Richmond Park since the 1970s. Dutch Elm disease swept through the country spread by beetles & other wildlife. This caused a rapid decaying of the crown before eventually killing the whole tree. Not only did Elm trees disappear from the countryside but so did many species of insects and wildlife specific to the Elm. The project has selected special disease-resistant trees to plant in the Elm Walk. In time, hopefully over a lifespan of several hundred years, the trees will enhance encourage the specific wildlife to return to the park.

Members of the Public and organisations had been given the chance to sponsor each tree. Then come along to a planting ceremony of their tree in the park. Tree No1 was to be planted by Sir David Attenborough, a gift to commemorate his 90th birthday.

It will be very interesting to watch these young trees develop and create a beautiful canopy along the path. Thank you for asking me to be a small part of the history of Richmond Park. 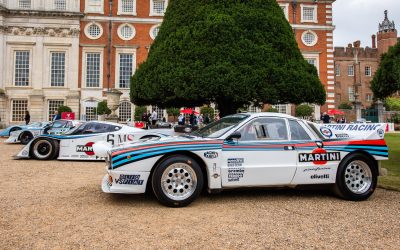 Slowly but surely the world is opening up events again. The Concours of Elegance 2021 at Hampton Court Palace, thankfully being one of them. This year it would celebrate some iconic racing liveries. The blue and orange of Gulf Racing alongside my personal favourite,...

END_OF_DOCUMENT_TOKEN_TO_BE_REPLACED 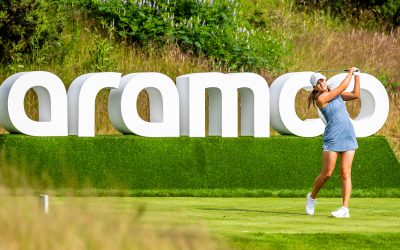 Covid & quarantine rules have caused untold problems this year, effecting many events in my diary. Strangely it was probably responsible for me getting a last minute call up last week! I had the amazing experience of shooting 6 days at the Aramco Team Series Golf...